Terminalia arjuna is a tree of the genus Terminalia. It is commonly known as arjuna or arjun tree in English. It is a very potent ayurvedic herb which has cardiotonic effect.

Dalhana in this context opined that Kakubha is a shrub with aromatic root and it may be Artagala. Though Dalhana’s comments confuse us, its identity is usually made with Arjuna or a veriety of Arjuna.

1) Hrdroga :- Godhuma and Arjuna bark processed in oil, ghee and jaggery is given orally with milk (G.N.).

(3) An experimental study was carried out in 50 dogs by liqating coronary artery and T.arjuna decoction was administered (25 dogs in each group). At the end of the study histopathological study revealed that Arjuna significantly regenerated the cardiac tissues in the infarcted area. After carrying out coronary angiogrphy in dogs treated with Arjuna it was noticed that new coronary vessels developed (Gupta, 1972).

(4) Its bark significantly decreased the elevated cholesterol and increased the HDL choles terol. It was also noted that the prostaglandin levels which were low have been increased and high levels of catecholamines were brought down by the administration of the drug besides relief from symptoms like pain, palpitation etc (Dwivedi, 1986).

(6) Diet-induced hyperlipidaemic rabbits were given 50% ethanolic extract of bark. It effec tively reduced the TCL, LDL and TG levels. The extract did not show any averse effect on liver and renal function and heamatological parameters (Ram et al., 1997).

(8) Arjunalone a flavonoid from bark is reported for female contraception (Satyavati, 1983).

(9) The hypotensive and cardiotonic properties are reported (Hippokrates, 1982). 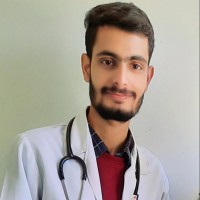