The word antibiotics is derived from two Greek words “Anti” means “against” and “Biotics” means “life”; Here life form is represented by bacteria. These antibiotics came into existence a few hundred years back; penicillin (first antibiotic) was invented in 1928 by Alexander Fleming, earlier moulds were used to treat infection. Natural products which has a tendency to kill the bacteria and give health as well as hygiene are called natural antibiotics i.e. Ayurveda antibiotics. In today’s era there is a strong need of natural products which could act as an effective antibiotic without any side effects and without harming the immune system of a person. After eyeing back into the history, it is observed that a Shaswat (omni) entity called “Ayurveda” which is more than 5000 years old system of Indian medicine. A question rises that are there any medicines which were utilized as effective as ‘Antibiotics’ and thus can be considered as antibiotics in Ayurveda? As Ayurveda is the oldest health care system in the world does have many drugs which can act as Antibiotic that’s why many references are there in Ayurvedic literature stating that certain diseases are produced due to micro-organisms (Krimi) or germs) and one has to destroy disease causing micro-organisms to regain as well as to preserve the health. Various types of these organisms are also described in Veda and Ayurveda. Another interesting thing can be noted in these references which is, Ayurveda has not only advised on destroying these disease producing organisms but has also stressed that one should also increase the resistance power (immunity) against these organisms to prevent the relapses of the disease. Long time back when patients do not have any option as antibiotics, even at that time ancient seers were successful in dealing with infections caused by micro-organisms. There were many ways which Ayurveda physician used to do to tackle such issues. Those include some anti-bacterial herbs, sun rays, Homas Mantras Virechan and Raktmokshana. In Ayurveda, there is no direct reference of antibiotics, but still disease caused by micro-organisms (referred as Bhutas inAyurveda) are available in classical Ayurveda literature. Present work aimed to make aware about the antibiotic property of few Ayurveda drug while treating infectious disease of Bacterial/Viral origin.

Relevant literature pertaining to challenge of antibiotic resistance and the beginning and end of the antibiotic era, were studied and incorporated in correlation to Ayurveda views. Many classical texts regarding Ayurveda drug as an antibiotic property as well as the herbal and mineral ingredients mentioned in some formulation are compiled from Ayurveda texts such as ‘Ashtangsangraha’ ‘Charaksamhita’ and ‘Sushruta Samhita’.

Ayurveda recognizes the microbial approach to some degree, but generally does not recognize microbes as the primary cause of disease on the other hand, Western allopathic medicine emphasizes the use of antibiotics and other medicines and approaches to defend against “germs” or microbes believed to be the primary cause of many health conditions and diseases. According to the Ayurvedic approach, anyone who has developed an imbalance in their bodily elements, or Doshas. and has there by weakened their immune system, may be subject to a microbial infection which is considered a symptom of that imbalance.

‘Sushruta ‘, the father of Surgery (Shalya Tantra) has written in detail about various surgical procedures and has also described number of techniques to prevent the infection of these surgical wounds. He has described various means for doing post-operative surgical dressings. He has advised to use things like Sesame paste, Honey, Cow’s Ghee, Skin from the stem of many antiseptic herbs etc. Though, Ayurveda don’t describe anything about the antibiotic drugs but they were quite aware of the after effects that may occur due to the microbes/ Krimi. Thus various processes and drugs were used for the antibiotic purpose. Without this the surgical part of Ayurveda wouldn’t have flourished. Thus it can be imagined that knowingly Ayurveda people were using the precautions against the microbial growth, e.g. the medicated decoctions [Neem (Azadirecta indica), Arjun (Terminalia arjuna), Karanj (Pongamia pinnata) etc.] which were used in the postoperative treatment by Sushruta were of antibacterial nature. In the same way the treatment for leprosy is also indicative of the antibacterial properties of the herbs.He has also advised to fumigate the wound with fumes of Vacha (Acorus calamus), Kushtha (Saussurea lappa), Neem etc. It is also stated that the sun rays during sunrise and sunset has got germicidal effect. Ayurveda not only mentions to treat the diseased person but also to treat the infected environment by means of Homa.             Homa is a collective term for the various Vedic techniques used in the purification of the atmosphere. The main idea here was: “Heal the atmosphere and it will heal you”. This ‘Homa’ is a process of purification of the atmosphere with the agency of cosmic element – fire, it creates pure medicinal atmosphere and prevents growth of pathogenic bacteria and can prevent infectious diseases on mass scale. In regards to Ayurveda, the knowledge behind antivirals and antibacterial medication is more or less in line with western medicine practices. The Doshas have become imbalanced and taking or applying natural medication is a means to rebalance the Doshas . Naturally, the type of medication you may need to take would vary greatly on how your has been imbalanced.

Some of the Anti-Bacterial Minerals:

Apart from above mentioned herbs, there are various minerals and its preparations that are used for the antibacterial purpose, these are;

There are many herbs and its Kalpas which are having anti-bacterial properties and are being used even today. These herbs are not only effective but also proved to be safer more than modern antibiotics. These are

The Madhavasava, Khadirarishta, Mahatikta Ghrita, Pancha nimbadi ghrita are some other medicines that are used as antibiotic medicines in case of infections.

Instances regarding Antibiotic properties of drug are :

2) Toothaches: Toothaches of bacterial origin can be horribly painful. A clove bud placed on the infected area, it has naturally numbing properties as well as it is a painkilling agents. Keeping them in mouth is needed till getting relief from sever pain..

Disease specific Herbo-mineral recommendations bacteria, which have properties like antibiotics:

Gold (Suvarna) is considered as excellent antiseptic and has got Rasayana’ properties also. Suvarna Bhasma (Gold Calx) is effectively used in cases of pulmonary tuberculosis.

2) Mahasudarshan Kwath has been found very effective in cases of Malaria and other P.U.O, cases without any unwanted side effects.

All the Ayurveda medicines are used in many systemic ailments and they need to be evaluated in comparison to modem antibiotics. The use of herbs and different medical decoctions can be added with the antibiotics as complementary to the medicines. Now a day various single herbs are being researched in the light of modern testing parameters to establish their respective antibiotic action on different category of microbes. Haridra is one of such drug which is used as antibiotic for skin disease for local and systemic uses. Honey is another example which can be considered as a nature’s blessings. In ancient ages there are evidences of drinking and even bathing with honey. It is evident that honey contains antibacterial and antioxidant properties and useful in Ulcers, burns, infections. sinuses etc. Uses of Triphala Guggul is also seen now a day in surgical cases to prevent infection of wounds: Later on mineral drug like Gold is also mentioned as an antiseptic and immunity booster. In the same way there are various other uses of herbs, Minerals in Ayurveda. which have scope to explore it for better understanding of drugs and its mechanism. For Ayurveda, it is need of hour to conduct research on all those herbs which are mentioned in treating Krimi and disease which are now. known to be caused by infections. It can be interpreted that as the ancient seers of Ayurveda have mentioned properties of drugs based on their experiences, therefore the literature is truth but need of scientific supportive evidences in the form of in-vivo and in-vino studies is the need of hour.

Ayurveda herbs have great potential as antimicrobial against local as well as systemic pathogens and they can be used in the treatment of infectious diseases. The Literature found in various Ayurveda texts justifies the use of these herbal preparations in medical practice. However the range of efficacy is not established and hence such comparative studies are needed to be done. The review of Literature also supports the use of these herbo-mineral preparations not only as the dietary supplement but also as agent to prevent or control the bacterial infections. 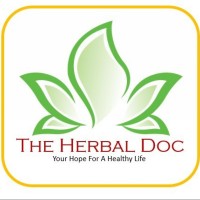 Dedicated to the service of mankind. AYURVEDA FOR ALL