The term “Ayurveda” literally means “study of life” in Sanskrit. It is the traditional medicine system of ancient India. It is considered as the oldest system of medicine by many scholars. Ayurveda finds it origin in India more than 5000 years ago. Since the guru-shishya tradition was followed in ancient India and the oral transfer of knowledge from the gurus (teachers) to shishyas (students) was followed that time so there were very few texts written at that time and that too by the subsequent students after few generations past the origin of this Nobel Science.

According to Ayurveda, the human body similar to all the matter of this planet is made up of the Five Elements, which are EARTH, WATER, FIRE, AIR & SPACE. These five elements give rise to three major doshas or constituents of human body called as Vata, Pitta & Kapha. Commonly mentioned as “Tridoshas” in the Ayurvedic texts.

Vata is responsible for all the movements in our body. It can be blood flow, air flow or even the sensory impulses in the nervous system. It is the main life energy or Prana of human body.

Kapha dosha is said to be the strength (Bala) if its in the balanced state and rudimentary or useless if it is in vitiated state. It is mainly responsible for the body strength, stability, joint flexibility and Immunity in our body.

An Ayurvedic practitioner primarily focuses on these three doshas (constituents) and the five elemental balance of one’s body by the nature (prakriti) assessment of the patient. After that the line of treatment is decided. The main focus and prime aim of Ayurvedic treatment is to bring the vitiated doshas in balanced state. For this, the various types of treatment are samshamana chikitsa (to digest or balance the doshas inside the body), samshodhana chikitsa (to remove the doshas outside the body) .

Although the terminologies of Classical Ayurvedic texts can’t be exactly translated to today’s languages as their meanings are vast. But comparable explanations of the terminologies with today’s diseases are found much relevant and evidence based.

Thank You for reading

Do write us, if you have any query : Contact Us 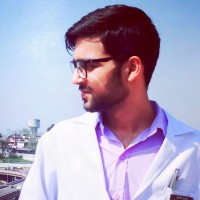